A week of renovating our 1950’s ranch 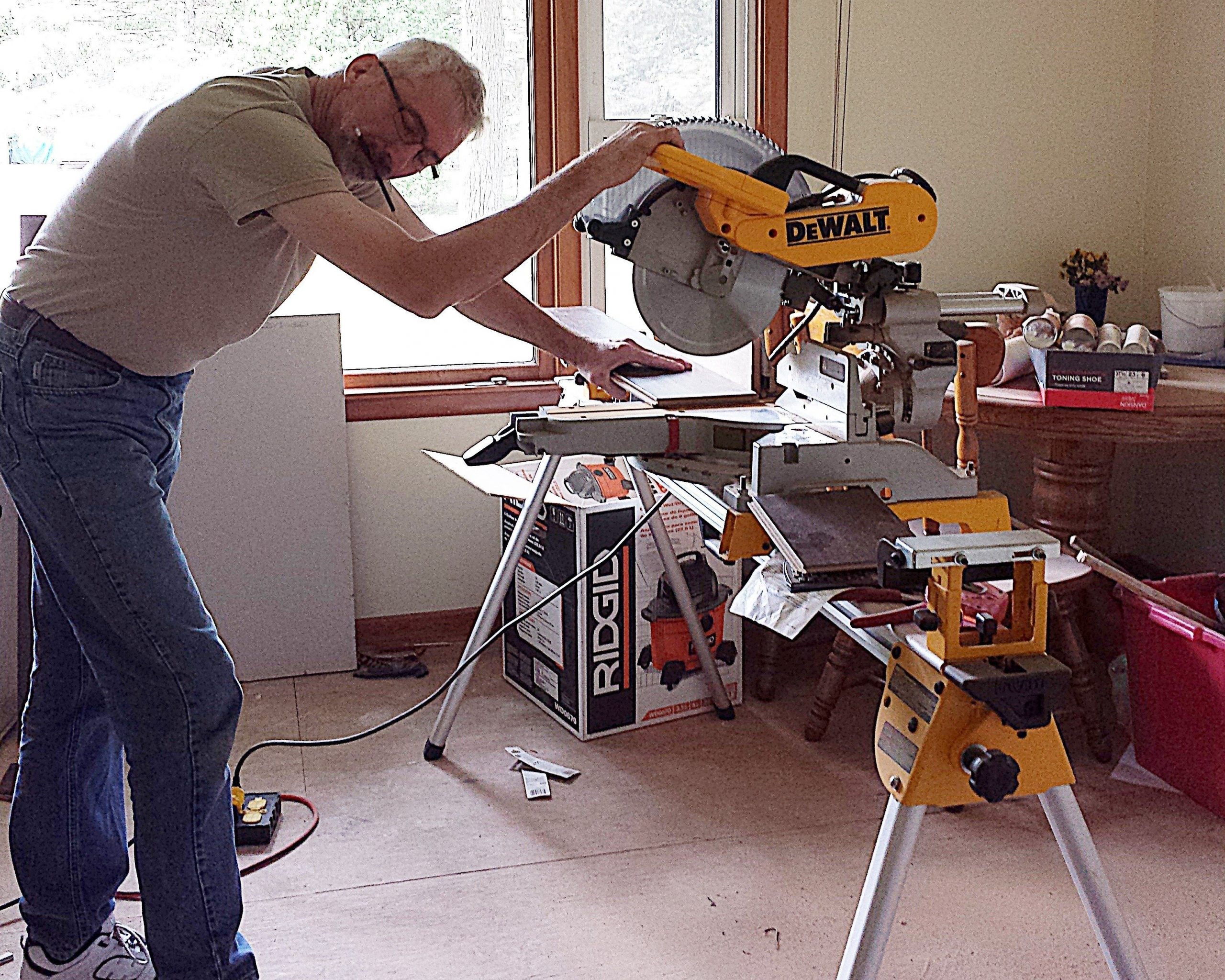 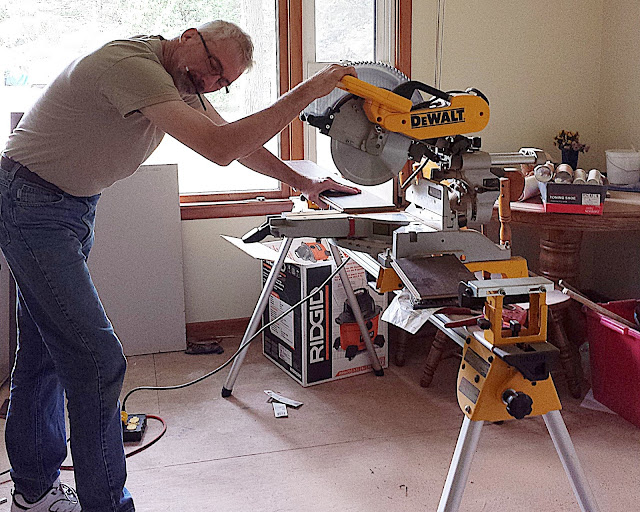 We finally got to the point where Jim just couldn’t continue doing work in the house piece piece after work. So he took the whole week off, and we’re getting so much done. Here’s some pictures of our progress so far…

Once this opening is mudded, painted and trimmed out, you’ll never be able to tell it wasn’t always open this way. The flow of the house is so much better, and there is so much light now. If Jim hadn’t been working up in the corner, he wouldn’t have even needed the light on.
I listed our cabinets for sale on Craigslist with the provision that whoever bought them had to remove them. The guy who bought them and his crew worked really hard and were very careful not to damage our walls. I can’t tell you how much we appreciated that.
We would have completely destroyed them if we had tried to remove them. We had no idea they would be so hard to remove, and we’re really glad someone else took them out. Although, Jim did jump in to help when they needed some extra hands.
After the cabinets were gone, Jim set about removing the linoleum flooring. He had to be careful, because there is asbestos tile under the luan. It’s perfectly safe to leave the asbestos tile in place and put new flooring right over top of it, so that’s what we’re going to do.
Once the linoleum was gone, we started removing hundreds of staples, but soon realized that pounding them in with a hammer was much easier and faster–not to mention safer, since some of the asbestos tiles were chipping when we were pulling the staples.
Don’t you love the quintessential 1950s tile floor? I’m kind of glad the tiles are staying, even if they’re going to get covered up, because it feels like we’re preserving some of the house’s history.
With the new opening between the living room and dining room, this opening was unnecessary, so Jim framed it in and drywalled it. Our electrician roughed for power and cable, since this is the corner where our TV will be going.
Here you can see that former opening from the hallway. This picture was actually taken while standing in our bathroom. That’s another reason I’m glad we closed off this opening. Before, if the bathroom door was left open, you could see the toilet if you were sitting in the living room…not the most beautiful view, if you know what I mean.
Gotta love a man with tools!! I can’t help it, he looks so darned sexy with his toolbelt. Here Jim is measuring to put up the drywall on the dining room side of the new opening. This took much longer than we expected, because, well, it’s an old house and nothing is level, straight, or plumb.
I would have more pictures, but my Fibromyalgia decided to flare up yesterday afternoon, so Jim sent me home and told me to stay home and rest today. I am so blessed to have a husband who cares so much about my health. I have to admit that I’ve felt rather guilty staying home today when I know he’s over there working so hard.
Don’t worry.  I’ll be back at it very soon, and I’ll share more pictures as we go along.
If you like following along with our renovation, please share this post with your friends on Facebook, Twitter and other sites. Thanks!

While Jim was Away
Solution for sliding your heavy Kitchenaid mixer
My first video! Come visit my kitchen.

Thanks! We haven't gotten as far as we hoped this week, but we have gotten a lot done. We're hoping to really knock out the floors today.

It looks amazing so far! You have gotten so much done.