Before & After: Hall Artwork 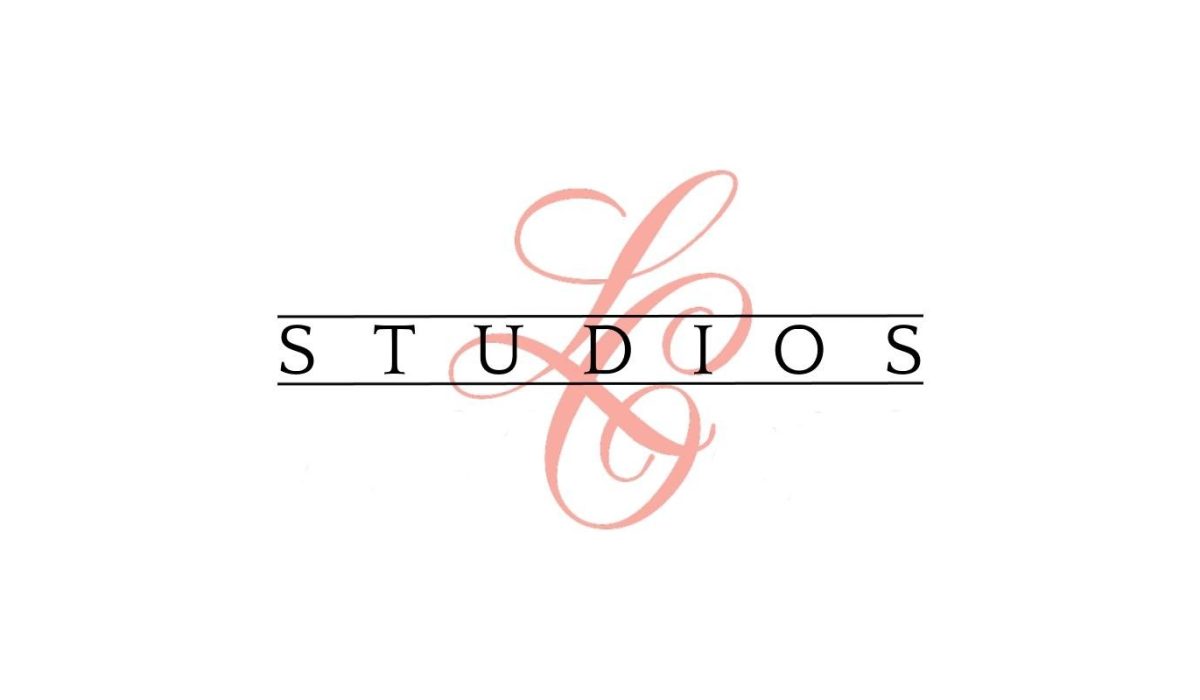 These pictures used to be in my apartment kitchen, but I just don’t have a place for them in our kitchen. However, I still really like them, so I hung them in the hall. And, yeah, the subject isn’t really right for a hallway, but you can see them when you walk from the living room into the kitchen.

You can really see one of the pictures well in the picture below (sorry about the glare). The pictures are a group of four prints with coffee words. They have a green/beige background. My kitchen in my apartment had a coffee theme. I’m not so much into doing themes now, but I still like these pictures.

Here you can see how they looked on the wall. This little vignette hides the cold air return. When I first put the little table there, I was sure Jim would say there wasn’t enough room in the hall, but he never said a word. If I had realized that before pictures were so blurry, I would have taken new ones today…that’s what I get for not checking first!!

One thing that’s bothered me about these pictures since I put them up in our house is the boarder around them.  It’s black, which worked in my apartment, but not so much in our house.  It didn’t bother me so much when the refrigerator was over on that side of the room, because the black in the pictures and the black side of the refrigerator tied in together and made them look as though the colors were intentional.  However, once the refrigerator was moved, and the white china cabinet was put in it’s place, the pictures just looked dark and out of place.
So today I went out and bought some scrapbook paper to put in the frames and get rid of the black. Yep, you read that right, I bought scrapbook paper. It’s the perfect size for these particular frames. The frames are 12×6, so cutting one piece in half takes care of two frames. I wasn’t sure what I would like, so I bought three different kinds.
Anyway, here’s what they look like now!
Some time ago, I moved the pictures over to make room for a letter holder. That letter holder made things so much easier for Jim and me, because now I have a place to put the bills when they come in. He complained that they got lost when I put them in his office, so now we have a dedicated spot for them. This spot is just outside the office, so I can put things there for him even when he’s working without having to disturb him.

Now they blend in with the rest china cabinet. I think they also make the thermostat less obvious, because everything is white around it.  It just looks so clean to me. 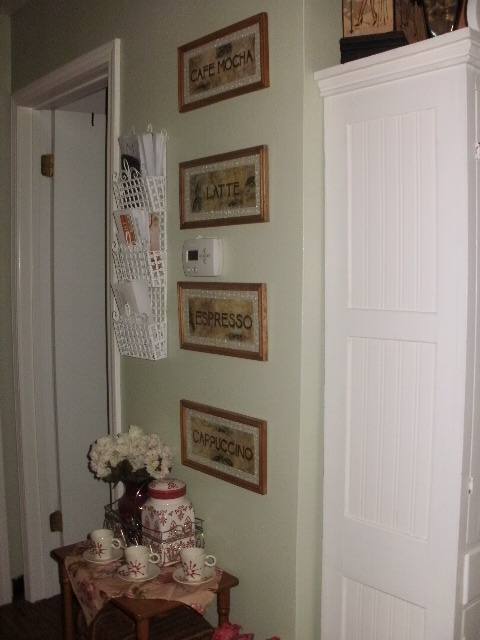 When Jim got home this evening, I showed what I had done, and he thought they were new pictures! I would say that’s proof they look completely different than they did before.

Yes… I think the gingham looks better than the chintz.  I’m happier.

So that’s one of the projects I worked on today.  Funny, I actually went out looking for something to modify a cabinet in our bathroom, which we’re going to start renovating this week. Jim is finishing this semester’s classes this week and will have a couple weeks off, so we have to work quickly to get it done.  I’ll have lots of pictures to share then!

So what do you think? Do you like my pictures better with the white boarders for this location?