The window awnings come down 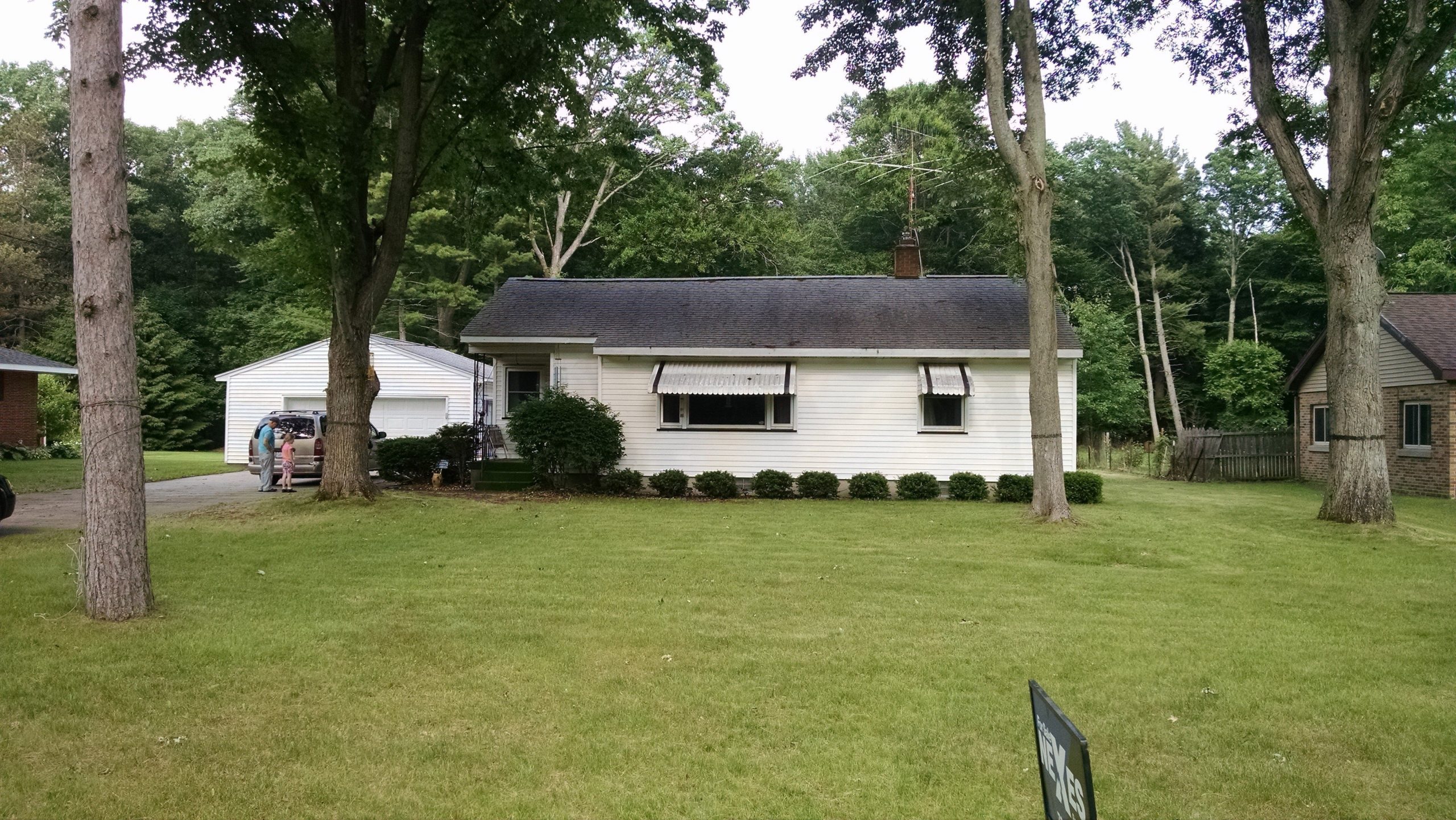 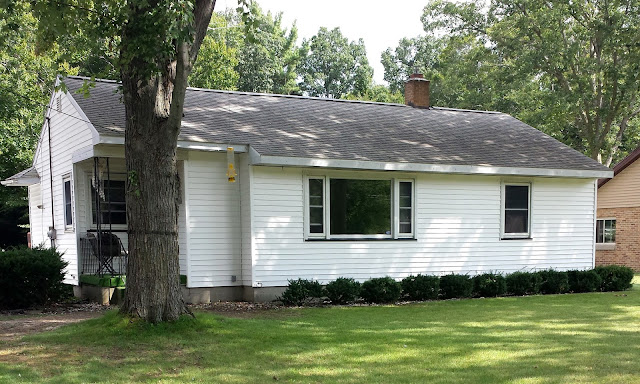 Some changes are so simple yet so significant, that you wonder why you didn’t do them sooner. Taking down the window awnings at our new house is one of those changes. After my post last week about priming the family room and needing to see how the sunlight played in the house to choose colors, I asked Jim to take them down this weekend.

Taking them down had always been the plan. We just got distracted by other things that needed (and still need to be done) around the house. But since we taken down the awning at the house we’re moving out of, we knew taking them down at the new house would open up the view and let in the sunshine. We just had to take take the time to actually do it.

Back in the 1950’s when our new house was built, the awnings were practical and very much in style. I’m sure our large maple trees were much smaller then, and the awnings helped keep the house cooler by keeping the sun from beating in the windows. Plus, very few homes back then had air conditioning, which made them more of a necessity in the heat of the summer. Then once they were installed, it probably never occurred to the previous owners to remove them once they no longer serviced a real purpose.

With that in mind, I understand why they were originally installed. They totally made sense at that time, but today, they don’t really serve their original purpose. Our mature maple trees provide the shade that the awnings originally provided. So now all the awnings do is block too much light and the view. They make the living room feel closed in and dark.  To see out our window, we had to bend over, and even then, it felt like more than half our view was blocked by the ugly underside of a metal awning.

Simply put, we had a large picture window, but the view with the awning certainly wasn’t worth framing. The awning had to go.

So this weekend, the awnings on the front of the house came down, and the house woke up. The front of the house and whole room felt opened up. No more bending over to see out the window, and the view from our picture window was suddenly worth framing because we could see our beautiful tree-filled front yard.

After it was done, Jim and I loved it so much, we both agreed we should have taken them down a lot sooner. But it’s done now, and that’s all that matters. I’m sure we’ll feel the same way when we get the wall between the living room and dining room removed. Sometimes it’s just hard to envision how much of a change something is going to make until you actually take the plunge and do it.

Now I’ll be able to start determining what colors are going to work in the room. It’s only a matter of time before the wall between the living and dining rooms comes down, and the sunlight from these windows will fill the dining room.

What do you think for the front of the house?  Shutters or window boxes with flowers?

1950's Ranch kitchen renovation plan
In the Details: Kitchen Make-Over Colors
Before & After: Making over a Lampshade

Thanks! It's starting to feel like a different house.

The difference is huge. It looks so much better. 🙂